John had recently traded in three Harley’s for his current bike, and this decision possibly saved his life. John had upgraded to a 2020 Road Glide Limited with Reflex™ Defensive Rider Systems (RDRS) and a 131 engine kit upgrade.

During a big storm, John was on the way to an event with some other motorcycles. The roads were wet and covered with leaves making the road conditions dangerous. John was in a rush and took a corner too fast. He felt the bike starting to go sideways just enough where his foot slipped, and his boot went to the ground. In a split second, he felt the bike correct itself and straightened up. John still cannot explain exactly what happened besides that the Reflex™ Defensive Rider Systems kept his bike straight up.

John said there is no comparison with his older bikes to the safety features of his new bike. When he turns on the “TC” traction control switch, he feels safe riding down the interstate in tough weather conditions. John said, “I think the safety features on my Road Glide Limited probably saved me a lot of repair costs, and at that speed, not wearing a helmet, it might have saved my life because I was going too fast.”

Of all the bikes John has ever bought, he loves his 2020 Road Glide Limited the most, especially because of the safety features. John said, “everything happens for a reason, and I know this bike saved my life. John plans to keep his current bike for a while! 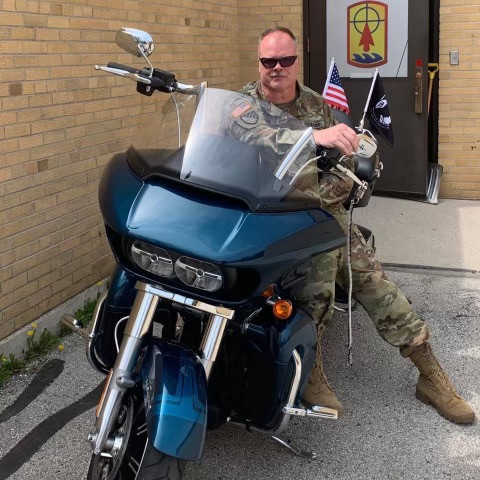